Cricket is the sport which is dominated by the batsmen.  In this modern era of the game, the standard of batting and the range of shots has increased extremely over the years. Nowadays, the credit goes to batsmen for the use of technology when manufacturing the standard cricket bats. Before, the legends like Viv Richards and Sunil Gavaskar played cricket with thinner, heavier and also required a lot of strength from the batsmen to smash the ball out of the ground. Now it has become relatively easy for batsmen to play with very thick, light-weighted and effortless to hit the ball long way by just applying less power. Below are the best cricket bats for the leather ball.

This bat is one of the most used brands among players where they are able to time the ball and it has a better quality for batsmen who are thinking of using this one. So, the bat is used by many people like Ricky Pointing, Shikhar Dhawan which is a suitable bat in all formats of the game.

MRF Chase Master is the bat that prefers by hooking and pulling the ball more frequently as it weighs less than what the batsmen might expect. So, the bat is made of Grade A English Willow and it will weigh around 1180-1250g. Also, the bat is used by many batsmen like Sachin Tendulkar and currently used by Indian batting legend Virat Kohli for his matches.

Gray Nicolls is referred to as a class when you talk about brands associated with cricket equipment. So, this bat is one of the better bats to have when it comes to design. Also, the bat has a double-texture zone grip for excellent control of the blade. 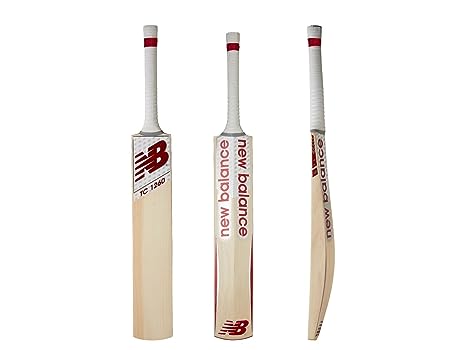 The New Balance TC 1260 is one of the best cricket bats for a leather ball and preferred for the batsmen who play aggressive cricket. The bat is made up of Grade 1 English Willow which has been used by iconic Cricketers like Steve Smith, Joe Root.

The cricket bat is the most important equipment part for the cricket players who want to score runs at a decent pace and need to the bat accordingly to comforts.Hope that I have covered all the topics in my article about the best cricket bats for leather ball. Thanks for reading!